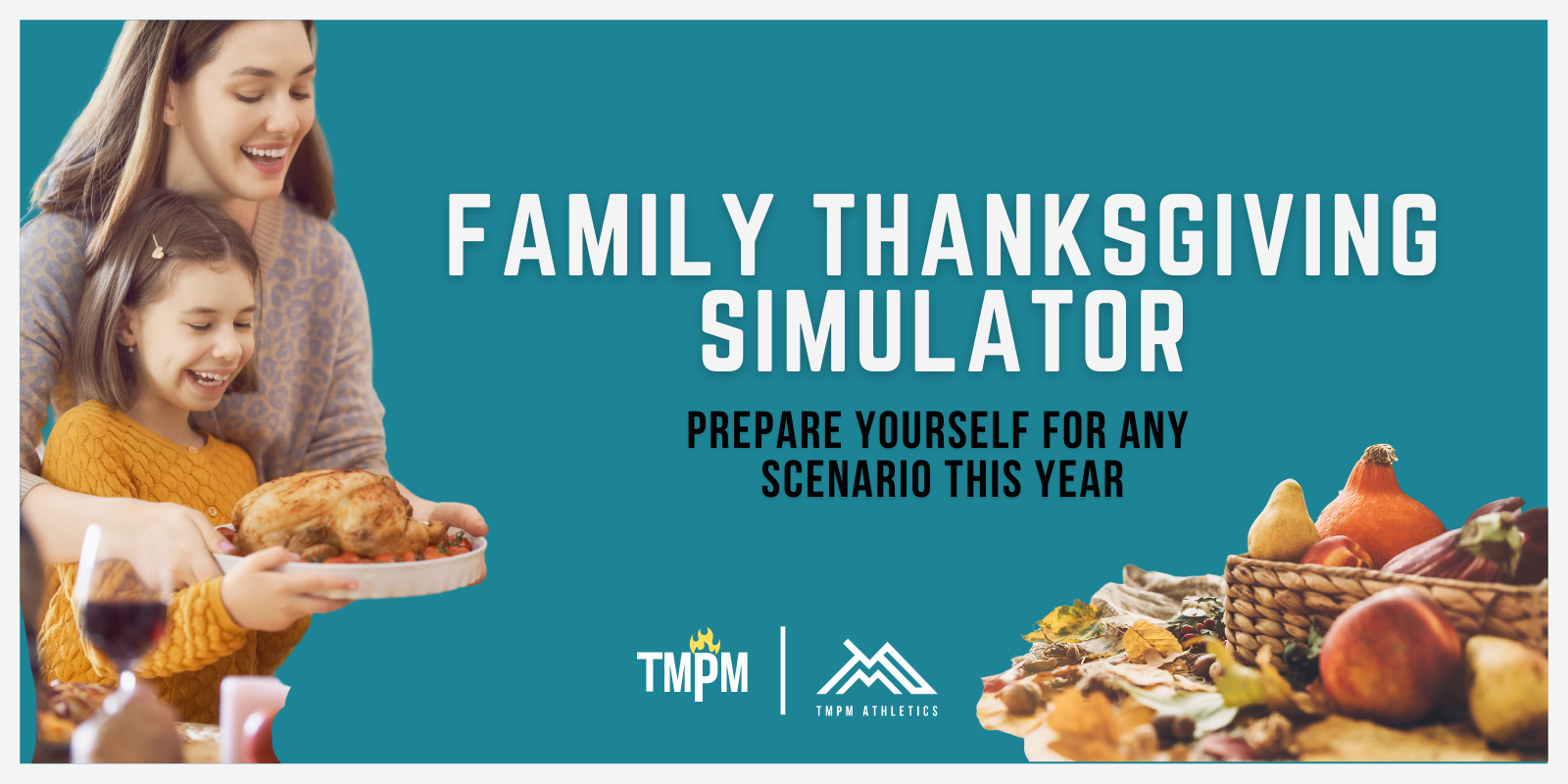 It’s Thanksgiving Week. Whether you are traveling back home or hosting the family get together this year I think we can all agree that no one wants to be unprepared. That’s why I have created this comprehensive Thanksgiving Simulator to take you through any possible scenario that could come across your plate this Thursday. Let’s Go.

NOTE: Allow the links to navigate you through the simulator. If you try and scroll you will get lost. The blue links or photos are what to aim for.

You wake up to the smell of cinnamon rolls filling the house. You’re about to eat a 2,500 calorie breakfast. Nice. What do you do next?

Help prepare all of the food for dinner

What? Why would you choose this? If there is anything worse than watching a parade in real life it is watching a parade on television. There are so many better options. If you want to be the cool Aunt/Uncle/Cousin you show the all of the children the Jackass films or Borat. Kids love those. You can save that for later though. You should be in the kitchen helping.

Get into the kitchen.

Welcome to the kitchen. You need to at least show your presence here for a bit to make it look like you want to help. After you make a sorry ass attempt to cook or clean you can go watch football for the rest of the day without feeling bad. What is the main course for your dinner this year?

Ah turkey. The traditional choice. I bet you can’t wait to be entirely disappointed by some subpar poultry. Since you are choosing the turkey over the beef, at least spatchcock it so it cooks evenly. Having to drown your turkey breast with gravy because it’s so dry will make you look like an amateur. A few more mistakes like this and you could ruin Thanksgiving!!!

Oh thank god. Nobody actually likes turkey. There are only a few occasions a year that call for prime rib and wasting them with some disappointing turkey serves to nobody’s favor.

Good choice. But since everyone else is working on the other dishes you have been selected as the designated pie maker. Now your whole day is shot until dinner. You’re going to be in the kitchen for hours. How are you supposed to gamble on the shitty football games this year and pretend like you are spending quality time with the family? You have one more chance to save this…

Go to the store and pick up some pies

Homemade is worth it. I’ll make the pies. Let’s go to dinner.

You’ve bought yourself some time now that you don’t have to make any pies. You walk into the living room and claim your spot in front of the TV for the day’s football action. Bears vs Lions at 11:30AM. What a horrible game. But it’s better than having to listen to your Aunt talk about how your younger cousins got A’s on their math tests so you place an irresponsibly large wager on the game so that you can feel something.

Your rich, Wealth Manager Uncle takes a seat next to you and let’s out a loud sigh.

“I’ve had enough of this shit” he says under his breath but still loud enough for you to hear. Not even 5 minutes later, in walks his wife with her arms folded and daggers shooting out of her eyes at him.

“Really Brad??? You’re going to sit on the couch all day and not spend any time with my family or even offer to help? Perfect. Just like at home. You put in no effort” she sternly exclaims.

“Oh shut up, I’m hanging with (insert your name here).” He rebuts.

You are now implicated, he is partly blaming you. They are screaming. She wants a divorce. 11-year old Tommy, their son and your cousin, overhears it all.

What do you do now?

Sit there awkwardly until dinner time.

If there is one thing that 11 year olds love it’s pranks and being cool with their older cousins. This is when you introduce him to pulling a “prank” on his miserable parents. Remember earlier when rich Uncle Brad tried to put some of the blame on you? Time for revenge. Introduce Cousin Tommy to the leverage he will have in the upcoming divorce when assets are split and custody is determined. Tell him that you and him are about to become extremely wealthy with the plan you have hatched to help him get back at his parents for ruining his life. Instruct him to blackmail his father by saying the following, “Father, give me 1/2 of your liquid assets in this split or I’ll tell the arbitrator that you beat me.” Brad will have no choice cause he’ll go to prison if he doesn’t. Tommy brings you the money, you give him peanuts and ride off into the sun.

The table is set, the food is served and UH OH!!! Grandma tried to be a hero and put rosemary sprigs in the mashed potatoes. You don’t want to eat an evergreen tree, you want buttery smooth goodness. What do you do now?

Eat them anyway and pretend like they are good.

Put her in a home.

You ate the potatoes.

You ate the rosemary tainted potatoes and now you are uncontrollably vomiting over the entire Thanksgiving spread because they were so gross. Way to go. Now nobody gets to enjoy any part of Thanksgiving. This is just as much your fault as it is Grandma’s now. Quick, get all of the attention off of you and make sure everyone knows its Grandma’s fault.

Start the discussion about the nursing homes.

Good choice. I think we all know that this is for the best. Now you have to decide what kind of home you’re going to put your Grandma in.

Cheap, penitentiary style living that you can afford.

Only the best for Grandma.

You’re sending Grandma to the fanciest retirement community in all of Arizona. Wow, I hope this is affordable for you. You make the call right there at the table. Everyone is happy. There is a knock at the door. It’s your rabidly liberal Aunt Josephine

Send Grandma to the Pen

Welp, it’s the only affordable option and she will have a better life there so you convince yourself it’s the correct move. Everyone agrees. There is a knock at the door. It’s your rabidly liberal Aunt Josephine

Josephine was late because she was attending a Socialism for America protest. Grandpa, who is wearing a matching “Stop the Steal” hat and t-shirt combo, is not happy.

“GOD DAMN IT” screams Grandpa. “I thought she wasn’t coming this year.”

“I had to invite her, Roger, she’s our daughter. Be civil,” says Grandma.

This is about to be good, you think to yourself. The conversation this far has been mind numbingly boring. You decide to inject some entertainment into the night and stir shit up. What do you do next?

Gaslight Grandpa and tell him you have proof that the voting machines used in Maricopa County were manufactured in China.

Gaslight Aunt Josephine by telling her that you think billionaires have too much money.

Your seeds have almost been sown. Grandpa has been emboldened. He thinks he is winning and you’re on his side but you didn’t come here to play politics. You want a show. You have to take Aunt Josephine’s side now to create true chaos.

Tell Grandpa that you wish AOC was 35 so that you could vote for her to be President.

Your seeds have almost been sown. Aunt Josephine is praising you for understanding. She thinks you’re on her side but you didn’t come here to play politics. You want a show. You have to take Grandpa’s side now to create true chaos.

Tell Aunt Josephine that although you think they have too much money, they provide a lot for their communities and shouldn’t be taxed even one cent.

It’s time for the eruption.

Everyone is yelling as you sit back in your chair with a devious smile creeping across your face. You know that you have just directed the greatest soap opera the world has ever known. Once word gets out about the masterpiece you created Hollywood will be calling and you’re going to be the next big thing. Your family is too busying fighting to remember that at the end of Thanksgiving dinner comes pie. You get them all to yourself, choosing whatever pieces and portion sizes you want. You head back into the living room to finish off the night of football, pie and ice cream in hand. Your work here is done.

50 Things You Should Know That Have Relatively Concise Answers

A Not So Brief Rundown on Supplementation 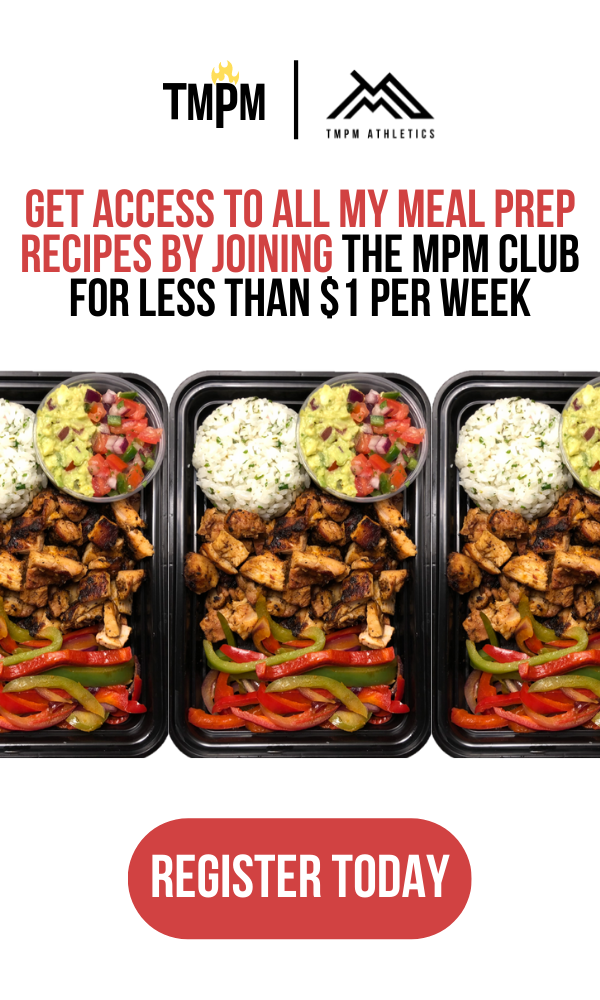